A poem of mine was just published in Paintbucket, who’ve swiftly became my favorite aggressive lefty poetry zine after I stumbled upon them a couple months back. The title is a reference to one of my favorite places in New Orleans. Ms Mae’s is a 24-hour dive bar across the street from both a church and a library, and has a reputation for being the cheapest bar in the city. It actually sold $1 well drinks until 2014 or so.

Trying to write about New Orleans has been a minor fear of mine for a while. There’s a blog called Fleur de Leaving which collects the overwrought goodbye letters entitled transplants write after the city didn’t roll out a red carpet for their derivative business ideas. They get printed every now and then in papers or local culture rags, always framing their personal failings as the city’s fault.

The city has its faults, but most of them are things that people in positions of power (landlords, technocrat grifters, lapdog politicians) inflict on the average resident. Not surprising to anybody with an ounce of class analysis under their belt, but eh, we aren’t going to get a lot of training in that with a completely privatized school system! Hopefully the piece reads like the frustration and despondency of living under exploitative systems, rather than the petulant carpetbagger who couldn’t manage to weasel their way into them.

Also hopefully I’ll be using this blog again now that I have a few things in the pipeline. 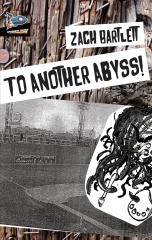